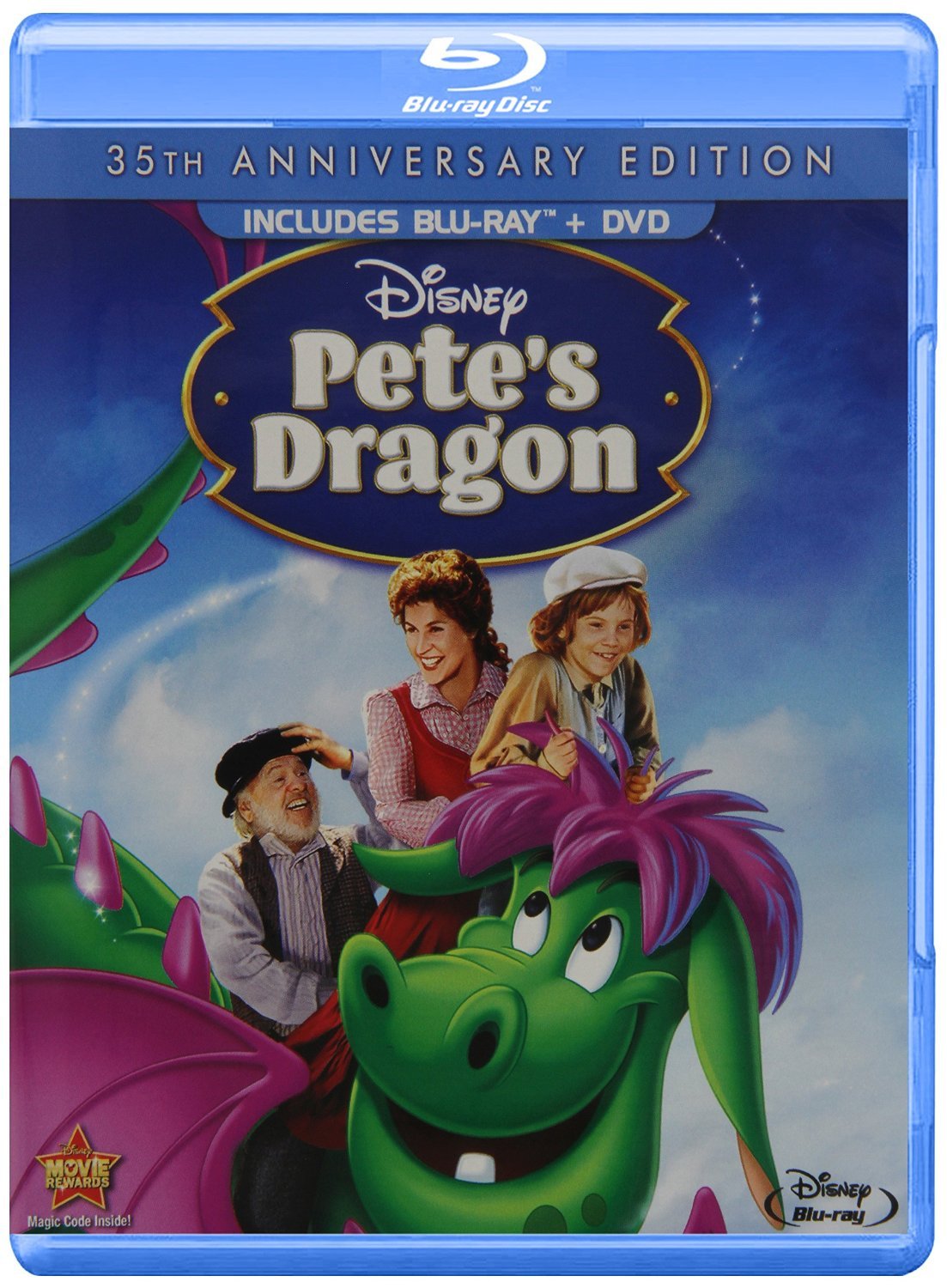 For the first time ever on Blu-ray, you and your family can rediscoverDisney’s classic musical adventure — the 35th Anniversary Edition of PETE’sDRAGON in dazzling Blu-ray High Definition with an all-new digitalrestoration! When Pete, an orphan, and his best friend Elliott — an invisiblegreen dragon — wander into the seaside village of Passamaquoddy, thetownspeople think he’s behind a slew of hilarious mishaps. But after a daringrescue, they change their tune and believe in Pete’s fire-breathing buddy.Filled with friendship and fun, and featuring the Academy Award(R)-nominated”Candle On The Water” (Best Original Song, 1977), this family classic onDisney Blu-ray turns every viewing into a Brazzle Dazzle Day.|The originalstory called for Elliott the dragon to remain invisible throughout the entirefilm.|Animators opted for an oriental, rather than occidental, dragon, becauseoriental dragons are usually associated with good.|One of the movie’s specialeffects involved compositing, whereby up to three scenes might be compositedtogether — for example, a live foreground, a live background, and an animatedmiddle ground containing Elliott.|The film is the first involving animation inwhich none of the Nine Old Men — Disney’s original team of animators — wasinvolved.|The town square and wharf area for the film’s setting ofPassamaquoddy, a Maine fishing village, were constructed on the Disney BurbankStudio lot partly from an old western set.|The lighthouse the studio built forthe film in Morro Bay, California, had such a powerful beacon, they had to getspecial permission from the Coast Guard to operate it. Sadly, it was torn downat the conclusion of filming.|The song, “Candle On The Water,” by Al Kasha andJoel Hirschorn, received an Academy Award(R) nomination for Best Song, alongwith tunes from two other Disney films — THE RESCUERS and THE SLIPPER AND THEROSE — THE STORY OF CINDERELLA. The Oscar went to “You Light Up My Life,”from the film of the same name.|Singer Helen Reddy, famous for the feministanthem, “I Am Woman,” makes her second big-screen appearance as Nora, whilescreen veteran Mickey Rooney plays her father, Lampie.

We accept all major Credit Cards, Amazon Payments, and Bitcoin.